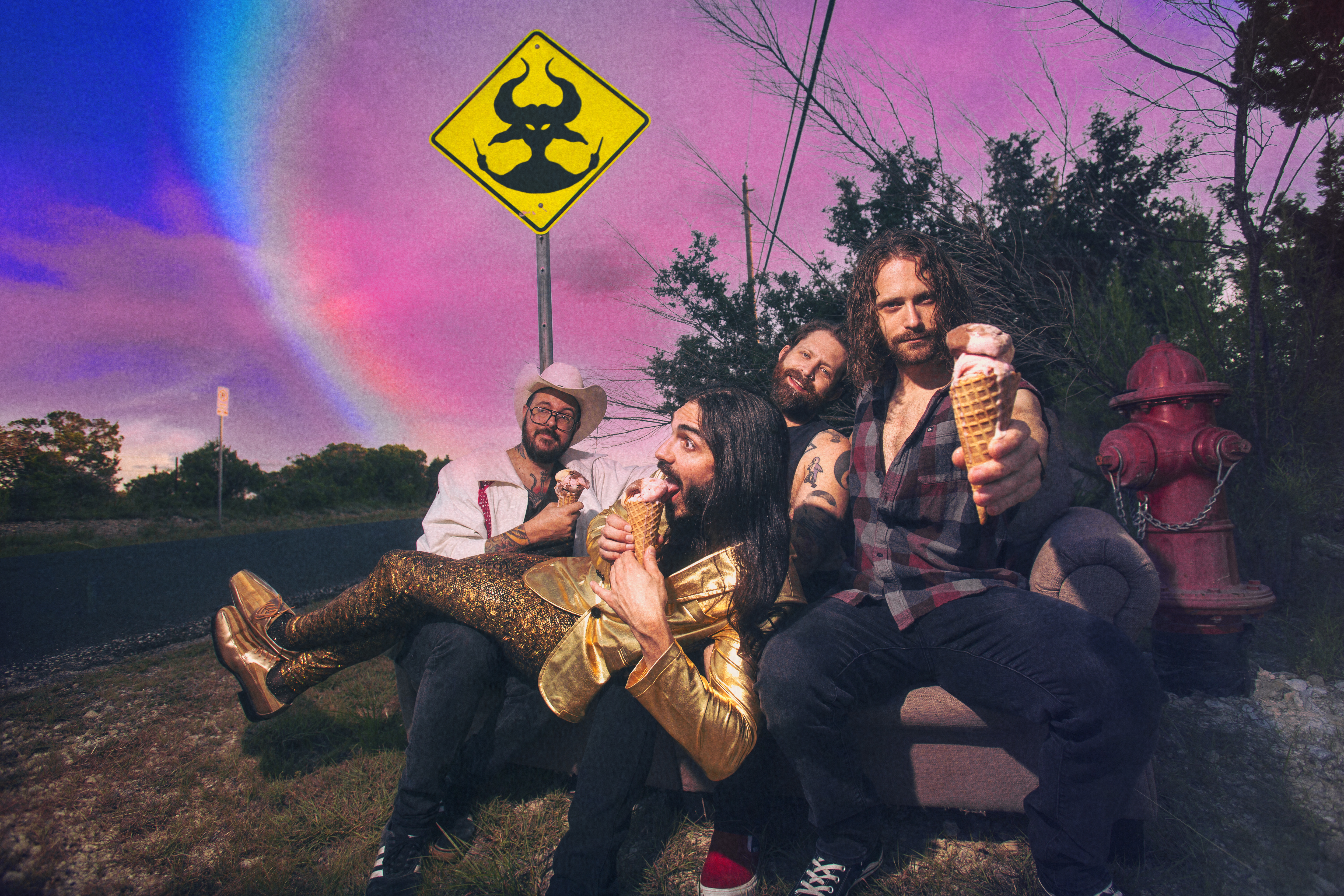 The road to rock stardom can be treacherous, to say the least. New bands have to just about sell their souls to reach the pinnacle of success in the ever-volatile music industry.

It is rare to encounter a band whose members have such an unprecedented level of charisma, charm, and talent that they effortlessly leave a lasting impression. Enter Brandon Yeagley and Chris Bishop, the founding fathers of the swamp-rock, blues-infused, in-your-face, take no prisoners rock ‘n’ roll band, Crobot.

I first met Yeagley and Bishop at the now defunct music festival Northern Invasion in 2015. The band was my first live interview of the festival season, and I felt like a long-tailed cat in a room full of rocking chairs. It took about three seconds of witnessing the shenanigans of the Crobot clan to become a lifelong fan, and that was before I had even seen them live on stage.

Crobot is the type of band whose music is so infectious that you become a fan without even knowing it. I love the band so much that one of my favorite past times has become asking my unsuspecting friends if they have heard Crobot. Most of the time, the answer is “No,” and to that, I retort, “Oh yes, you have,” and commence playing one of my favorite Crobot songs like “Nowhere to Hide,” released in 2014 or 2019’s “Low Life,” watching as a wave of recognition washes over the person I was quizzing.

I have to admit; that I have been binge-listening to Crobot’s latest album, Feel This. In early July, I had the chance to speak with Crobots’s guitar extraordinaire, Chris Bishop, where he gave me the 411 on the new album and the wacky world of Crobot.

I asked Bishop what his favorite song off Feel This was; Chris paused and replied, “Well, it kind of rotates, but right now, I would have to say “Without Wings.” That song reminds me of Black Sabbath, Dio, and old-school rock. I think it showcases everyone in the band; each member gets to shine.”

I agreed that “Without Wings” has an old-school charm but the track “Set You Free,” in my opinion, is the bell of the ball. “Set You Free” is a song that features Crobot’s uncanny way of writing a song that starts by giving the listener a vibe, only to completely switch the format from there on, smooshing all the different vibes together. Chris laughed and said, “Yeah, we like to do that. I think a lot of times when we start writing songs, and as we’re going through it, it’s too good not to go from this extreme to that extreme. Each song is a journey.” Chris added, “I think that song will become the stand-alone hit and will be the track that pays homage to Chris Cornell.”

As I mentioned earlier, I spoke with Bishop in early July. At that time, Crobot had just wrapped up a successful jaunt with two legendary metal outfits, Danzig and Cradle of Filth. I inquired, “Are there any super-fantastic touring opportunities on the horizon for the Crobt, fellas?” Chris said he was sworn to secrecy, and if he told me, he would have to kill me. Alright… I made that last part up. Instead, Chris just kept his lips zipped on Crobot’s next move.

Truth be told, I have heard whispers about Crobot being part of a fall tour headlined by the greatest metal band of all time (If you don’t already know who I mean, I am a tad disappointed in you). I will give you a hint, the band’s name starts with a G and ends with a WAR. September 11th, 2022, is the tour kickoff, so everyone better already have their itinerary ready to experience the double phenomenon of Crobot and GWAR sharing the stage.

Okey, Dokey, my lovely Metalheads. I hope you follow my advice and see Crobot and GWAR live. Oh, and good golly Miss Molly, I almost forgot to tell you to make sure you buy Crobots’ latest Album, Feel This, and GWAR’s newest studio album, The New Dark Ages. As always, be the metal!